Hospice care is a special kind of care that focuses on the quality of life for people and their caregivers who are experiencing an advanced, life-limiting illness. Hospice care provides compassionate care for people in the last phases of incurable disease so that they may live as fully and comfortably as possible.

The hospice philosophy accepts death as the final stage of life: it affirms life, but does not try to hasten or postpone death. Hospice care treats the person and symptoms of the disease, rather than treating the disease itself. A team of professionals work together to manage symptoms so that a person’s last days may be spent with dignity and quality, surrounded by their loved ones. Hospice care is also family-centered – it includes the patient and the family in making decisions.

Hospice Services are the last resort in typically a long illness. The men and women who work in Hospice are among the kindest and most gentle and dedicated nurses and healthcare providers. Sadly to say that Hospice is a multi billion dollar business and sometimes their policies are influenced more by money than what is in the best interests of a patient. 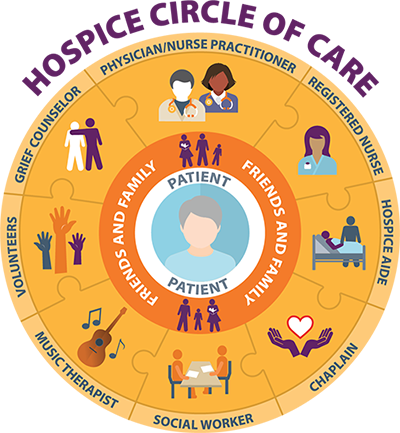 Hundreds of hospice care facilities across the country were found to have serious, life-threatening deficiencies, according to an investigation by the Department of Health and Human Services Office of Inspector General that was obtained by NBC News.

Severe complaints were lodged over unsanitary conditions at some facilities and over patient wounds that were badly treated or not treated at all at others.

More than 300 hospice facilities out of the 4,563 surveyednationwide between 2012 and 2016 were considered poor performers, according to the IG’s report. 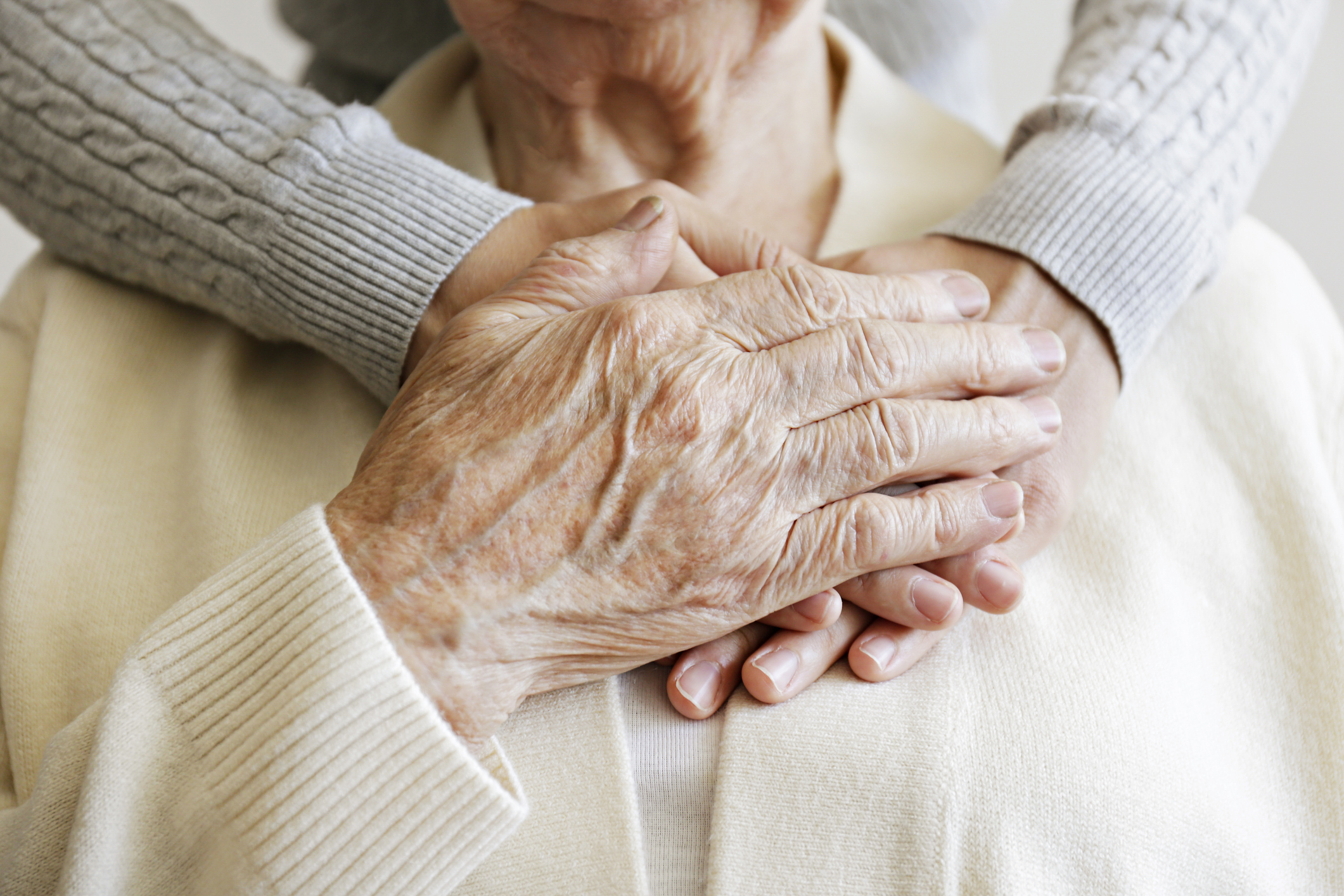 Hospice is available through Medicare to critically ill patients expected to die within six months who agree to forego curative treatment. The care is focused on comfort instead of aggressive medical interventions that can lead to unpleasant, drawn-out hospital deaths. The mission of hospice is to offer peaceful, holistic care and to leave patients and their loved ones in control at the end of life. Agencies receive nearly $16 billion a year in federal Medicare dollars to send nurses, social workers and aides to care for patients wherever they live. While the vast majority of hospice is covered by Medicare, some is paid for by private insurance, Medicaid and the U.S. Department of Veterans Affairs.

The Office of the Inspector General in the Department of Health and Human Services found that from 2012 through 2016, health inspectors cited 87% of hospices for deficiencies. And 20% of hospices had lapses serious enough to endanger patients. 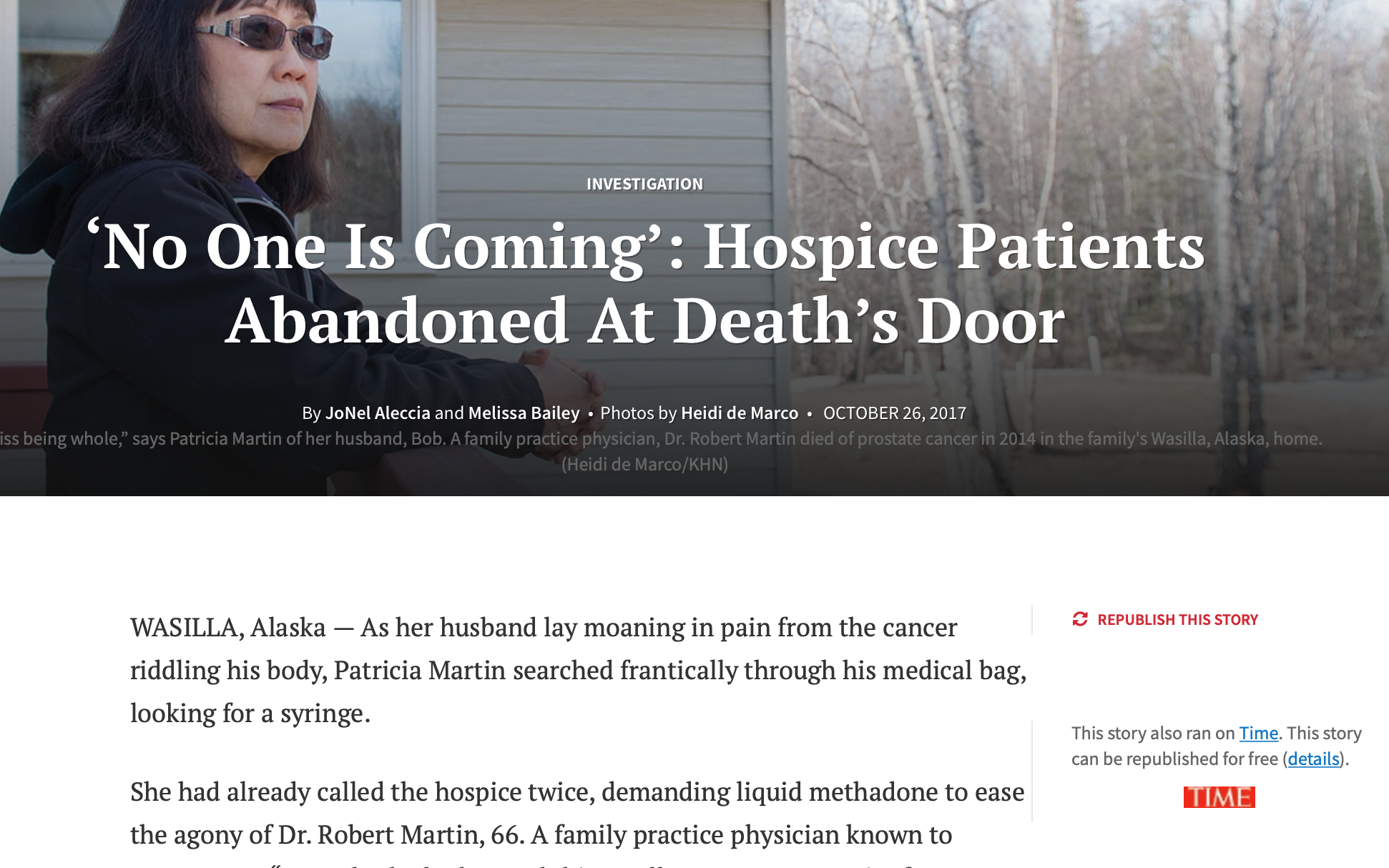 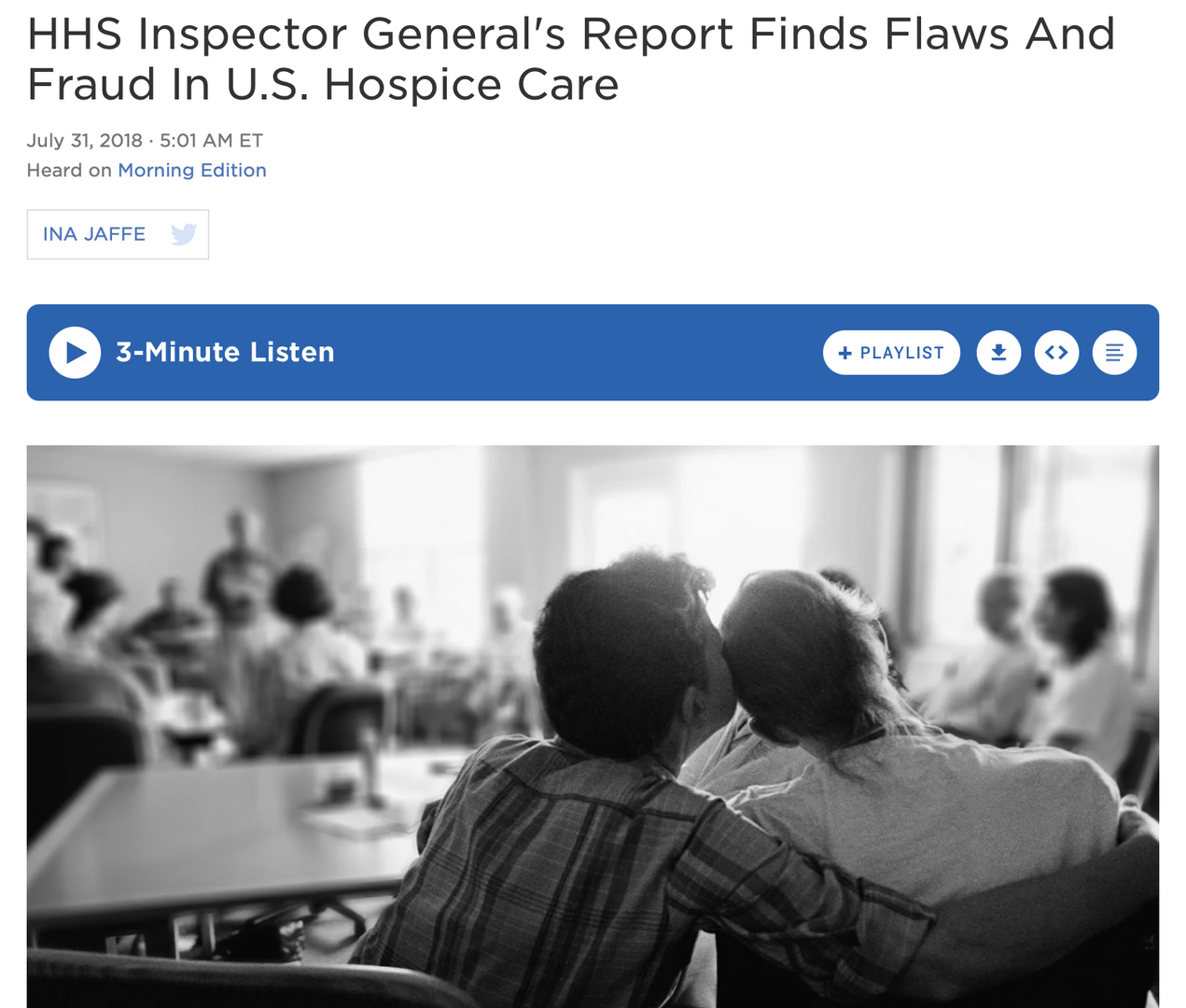 Investigators uncovered shocking examples of poor care or abuse that included the following:

In some cases, criminal charges have been filed against hospice facilities, owners and employees.

In one sweeping federal investigation in North Texas, 16 people were indicted in what was described by prosecutors as an elaborate $60 million Medicare fraud scheme. Nurses admitted to overmedicating patients to quicken their deaths and secure higher payments from Medicare, resulting in several overdose deaths. Seven defendants have already pleaded guilty in that case and nine others are slated for trial later this year. 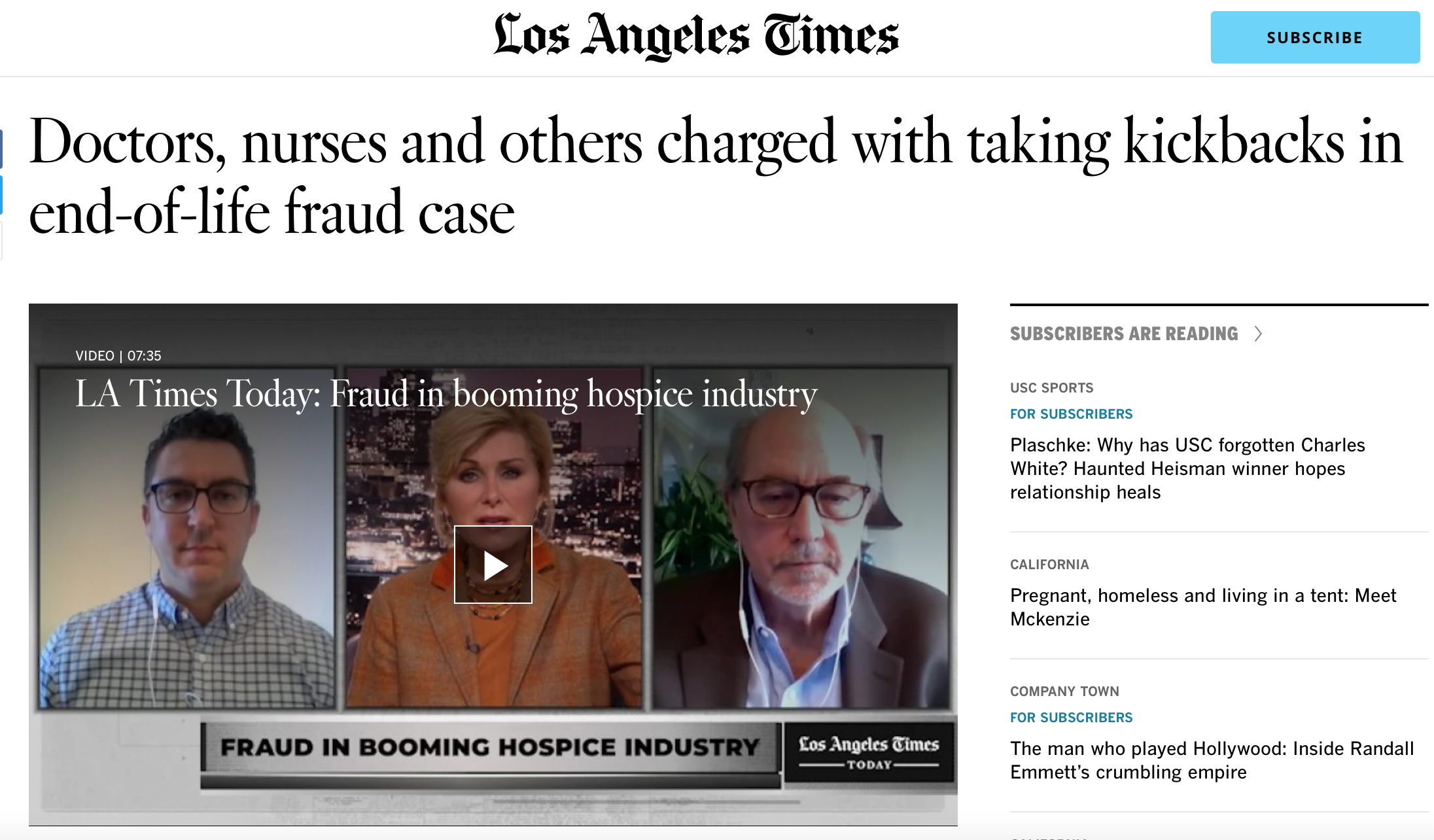 Although Hospice is usually a wonderful experience for most families, when the experience goes bad it can be the worst experience one can encounter.

If you are having issues with Hospice please contact us.